Boerne has become something of a force in the local real estate scene lately. Families from Texas and beyond have come to this little town in search of a better way of life. The beauty of the Cibolo Creek and the award-winning school districts have made Boerne the quintessential Hill Country town. But we aren’t the first to notice the lure of Boerne...

Setting the scene: before Boerne

Ages before Europeans laid eyes on what is now Kendall County, several Native American tribes found the Hill Country to be prime real estate...an oasis amidst the Texas heat. (Apparently, the lure of Boerne is timeless.) Gorgeous vegetation, diverse wildlife, and sparkling waterfronts made this area a coveted gem. Towards Boerne’s mid-19th-century beginnings, Lipan Apache, Comanche, and Kiowa tribes emerged the dominant groups enjoying the expansive benefits of the Texas landscape.

Meanwhile, in Germany, gossip about a promised land called “Texas” was spreading like wildfire. As many citizens grew increasingly dissatisfied with Germany and increasingly jealous of the newfound freedom of the Americans and the French, the journey across the ocean became more and more appealing. One such group of noblemen called themselves the Adelsverein. These men decided to embark on their own Texas adventure, arriving in the south Texas area in the 1840's. Unfortunately, the landscape proved more rugged than their appetite for adventure, and many of these men found life in Texas too difficult. The Adelsverein returned to Germany one year after they arrived. 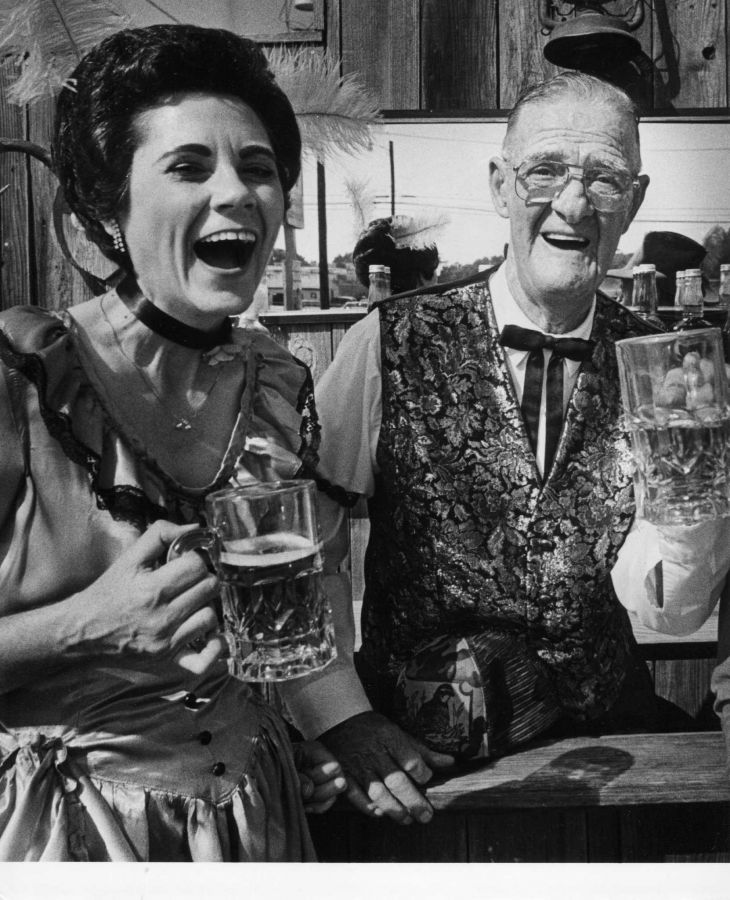 A Society of Freethinkers

Texas, however, is not easily forgotten. In 1849, eight of the original settlers decided to return and finish what they started, setting up camp just north of the Cibolo Creek. The community these men planned to establish was no ordinary town...idealistic, educated, and strong-willed, they referred to themselves as “Freethinkers” and resolved to create a utopian community. They found great value in philosophy, literature, art, and history. It’s no surprise they chose the Hill Country to encourage inspiration! The settlement was appropriately named "Tusculum" after Cicero’s summer home.

Several years later, German colonists John James and Gustav Theissen laid plans for a new town about a mile west of Tusculum...complete with a main street and plaza. The new settlement would eventually absorb the citizens of Tusculum, who brought with them their intellectual spirit. The new town was platted and named in honor of Karl Ludwig Börne, a German poet who encouraged travel and eventually inspired many Germans to emigrate to the New World. And so Boerne was born.

During its initial spurt, Boerne’s growth was steady but slow. For the first few years, it was best described as “a post office and a few shops and houses” (ten houses to be exact). Still, when Kendall County was formed, residents voted Boerne as the county seat. The scene was set for growth. 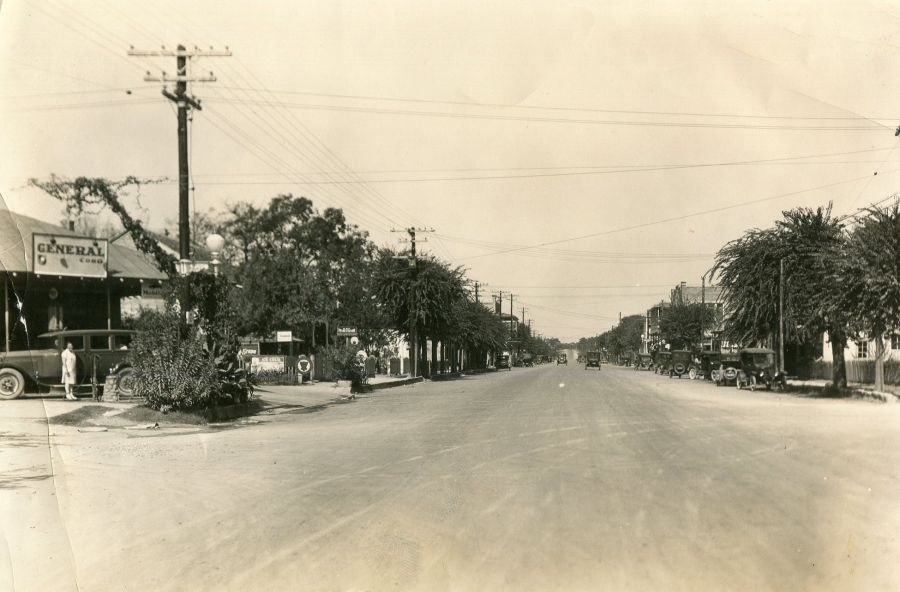 Over the next decade, Boerne began to evolve and grow into a more familiar scene. With the emergence of stagecoach routes in the area, traffic began to flow more freely and businesses grew more prosperous. In 1856, William Dietert established Boerne’s very first place of business: a grist mill and sawmill on the Cibolo Creek. A blacksmith shop, butcher, saloon, and general store soon followed! In the 1860's, a local professor created a private school, paving the way for a future legacy of academic excellence. The gorgeous historic courthouse was erected in 1870, making it the second oldest in Texas! It can still be seen today across the street from the current courthouse.

When the community was originally established by German intellectuals, churches were taboo. Urban legends tell of signs that warn: “Preachers found inside the town after sunset will be shot!” This law lasted well into the town’s history, forcing George Wilkins Kendall to build his Catholic church south of town in 1860! Eventually, British settlers established the Episcopal Church within city limits, causing quite a stir and paving the way for a more faith-based Boerne.

Towards the end of the 19th Century, the rest of Texas began to discover Boerne. The growing ease of travel combined with Boerne’s natural beauty made it a popular health and relaxation destination. Though the town still claimed just 250 permanent residents in 1884, five health resorts and a myriad of hotels emerged to accommodate the many tourists and travelers. 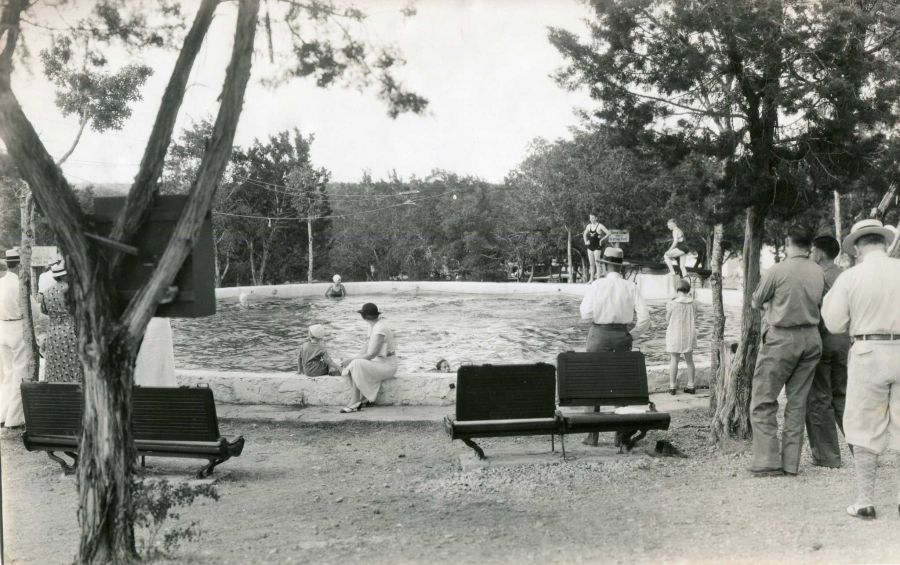 Almost overnight, Boerne experienced a population spike when the San Antonio and Aransas Pass Railway Company (SA&AP) began daily service to Boerne from San Antonio. The stagecoach was soon a thing of the past, and the railroad cut travel time between the two cities from 15 to 3 hours. Tremendous economic and population growth soon became Boerne’s trademark. By 1890, the population of had more than tripled. What began as a small community of philosophers was now 800 modern residents who, in 1909, incorporated a city government.

The following 20 years were crucial to the town. The ever-growing tourism industry and the emergence of cotton farming gave rise to economic growth and success. Meanwhile, the population skyrocketed to over 2,000 residents. Along with plenty of new residents, electricity and telephones moved into the city, and a gorgeous opera house was soon built to host cultural events.

No amount of growth or prosperity could have prepared Kendall County for the Stock Market Crash and its impact on the nation’s economy. During the Great Depression, businesses and industries faltered statewide. From 1929 to 1931, Boerne's population decreased by 45%. It took over fifteen years to recover the population to its pre-Depression numbers. Though these were hard times, they were merely a setback in the grand scheme of Boerne’s growth.

By the 1950's, Boerne seemed to once again be on the path of growth. By this time, the automobile had become affordable, and the growing network of interstates and highways made commuting a viable option for employees. In the next decade, “bedroom communities” (better known today as "suburbs") became incredibly popular. Living in the country and working in the city was synonymous with living the dream. Besides Boerne residents job-searching in San Antonio, many urban residents began picking up and moving to the shores of the Cibolo Creek. 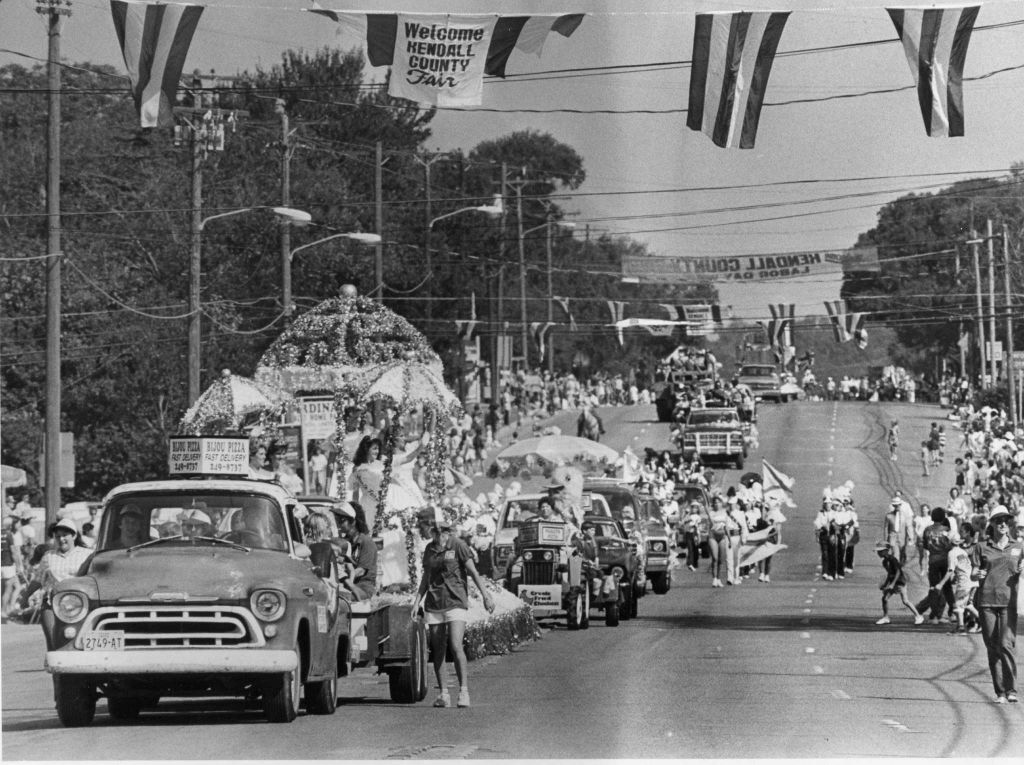 By 1980, three thousand residents called Boerne home. Since then, the growth rate of Boerne has remained at three times the Texas growth rate, as well as 5 times the national growth rate! Twenty years later, the population had doubled to 6,000 (and continued at a growth rate of nearly 60%). As of 2014, Boerne's population stood at 10,618 people. 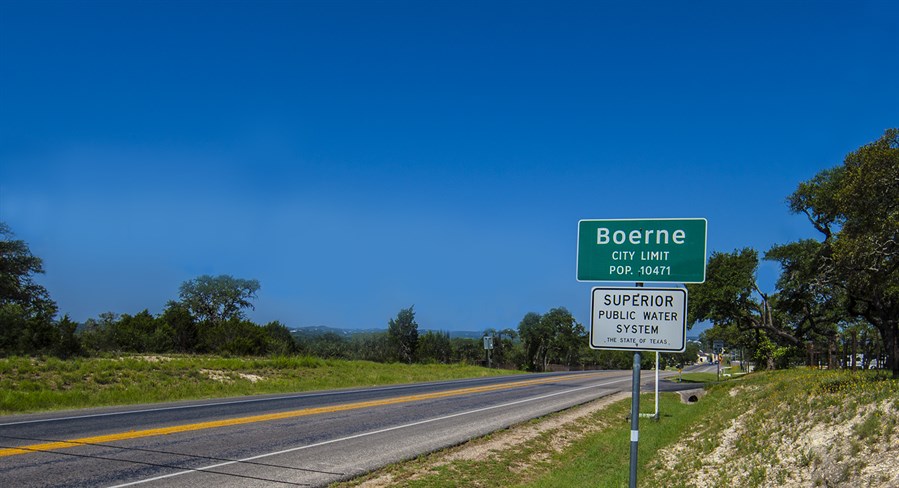 Boerne remains today as an unprecedented success story in Kendall County. The natural beauty of the area and the town’s ethos of success have made it a Hill Country town like no other. It’s no surprise San Antonio Magazine recently featured Boerne as one of the Top 10 Best Places to Live in the SA metro area. Besides an attractive downtown, sparkling views, and a historic atmosphere, Boerne boasts fantastic home appreciation rates (up 6.3% in the last year). The luxury market in the area is impressive and continues to grow, and mid-sized homes are thriving as well. Contact a Boerne REALTOR® today to see how your story can fit together with Boerne’s!

Note: Vintage images courtesy of My San Antonio's "Vintage Photos: When Boerne was 'Key to the Hills'"

Where is Everyone Living? 6 Boerne Neighborhoods on the Rise