Located in Northwest Boerne is the neighborhood of Chaparral Creek. The neighborhood, originally established just prior to the mid 20th century offers the quaint Boerne feel that so many know and love. After the second World War, Boerne added several neighborhoods to accommodate returning citizens and growth- Paradise Point (the original name of the neighborhood) was one of these. In the early 1960s, this little residential neighborhood boasted four streets (and the best trick-or-treating!): Dawn, Twilight, Sunglow and Stardust. Dawn Street is the only one that has survived and now joins only a few other streets in what is now known as Chaparral Creek.

Keeping up with the Boerne appeal of simplicity, while adding a friendly neighborhood environment, this established neighborhood is ideal for anyone looking to get connected as a new resident to the town or as a current citizen who wants a fresh view.  Here are a few specifics about the neighborhood that may help you get to know it a bit better!

We know that one of the major factors that go into home buying and finding the right neighborhood is the concern that children will be surrounded with the best options for schooling. Chaparral Creek is one of the most centrally located neighborhoods in Boerne. Located across the street from Boerne High School, your teenagers won’t have to take the vehicle to school every day because they can walk right over to school. Boerne HS scores higher than both state and national averages on every test, including the ACT and STAAR, and the school has been "Recognized" for its performance on standardized testing in years past.

BHS excels in athletics, bringing them to playoffs in just about every sport. The football, baseball, soccer, basketball, cross-country, tennis and softball teams have all reached regionals within the past 5 years. The softball team won state in 2007, soccer won state in 2006, and the football team reached regionals in 2005, along with the state semi-finals in 2004. Baseball and cross-country both won state in 2004. In 2014, Boerne High School was among 500 schools in the nation listed on Newsweek's Top High Schools in America.

Boerne Middle School is a little over a mile from the neighborhood, and has growing football, basketball and other sports programs as well as band and several academic programs. Boerne MS is a wonderful school for those transitional years into high school.

Curington Elementary School is also a little over a mile from the neighborhood and is across the street from the Northside Community Park. Curington is an ideal spot to send the little ones to school. The school aims to develop the emotional, academic, and social success of the children while growing them into functioning members of our global society. 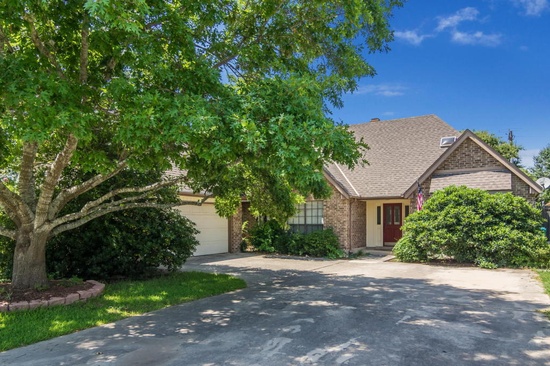 An example of a newer home in the neighborhood.

Most of the homes built in this neighborhood are known for their high and often vaulted ceilings. Ranging in age from 50+ years to brand new, homes in the neighborhood are diverse.  The newer homes provide an open floor plan with the option for any owner to design the living space how they would like, while the older homes feel cozier and have more partitions in the common rooms for privacy. The fireplace is a fixture for a lot of these houses as a focal point in the living room, and they tend to be impressive pieces. The front and back yards are typically well groomed and the back yard is large enough for any dream to be realized – be it a barbecue hot spot, quaint garden, or a play area for the kids. Chaparral Creek has a traditional feeling with lots of opportunity to grow. 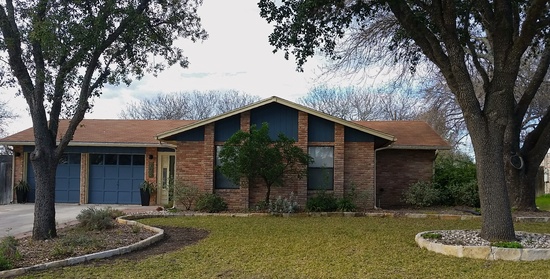 An example of a classic home in the neighborhood.

Settled on the corner of Dawn Dr and Essex Rd, Chaparral Creek is in a location that is ideal for many different lifestyles. If you like the outdoors and want a great place to walk, Currey Trail is waiting for you. The Currey Creek trailhead is located on Adler Street and winds about a half a mile southward to Blanco Road. Trail amenities include a water fountain, doggie fountain, picnic tables, trashcans, litter bags, and interpretive signage. The trail connects the Northside Neighborhood Park to Chaparral Creek itself.

The Boerne Skate Park is great for boarders of all ages. It maintains a quite and beautiful feel with tree groves and fields, while providing a streetscape plaza style park for the skaters to learn new tricks and get a few new scrapes and bruises. 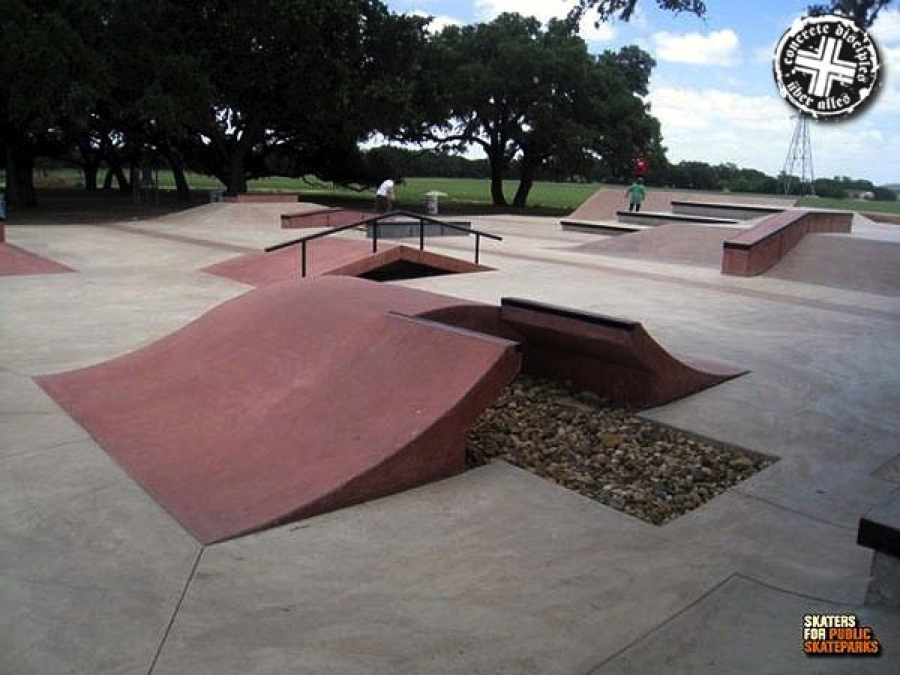 For beer lovers, Mike Hagan has built a micro home brewery affectionately titled “Mike-Ro Brewery”. It is located within the neighborhood and offers tours by appointment. He simply loves brewing and donates contributions to charity. More information on his website.

Think Chaparral Creek may be for you?  Check out the listings in the neighborhood!  Want to explore other Boerne neighborhoods?  Take a look around!

Should I Sell? 9 Signs it’s Time to Move