8 Obscure Stories & Sights from Boerne’s Past

If you’ve ever been to Boerne, TX, you’re well aware that a rich history of stories runs deep and true through this Hill Country town’s sparkling, spring-fed veins. From its famous “free thinking” founders to the legacy of the Boerne Village Band (the oldest continuously active German band outside of Germany!), this little town has plenty of tried-and-true tales that have been passed from generation to Boerne generation. 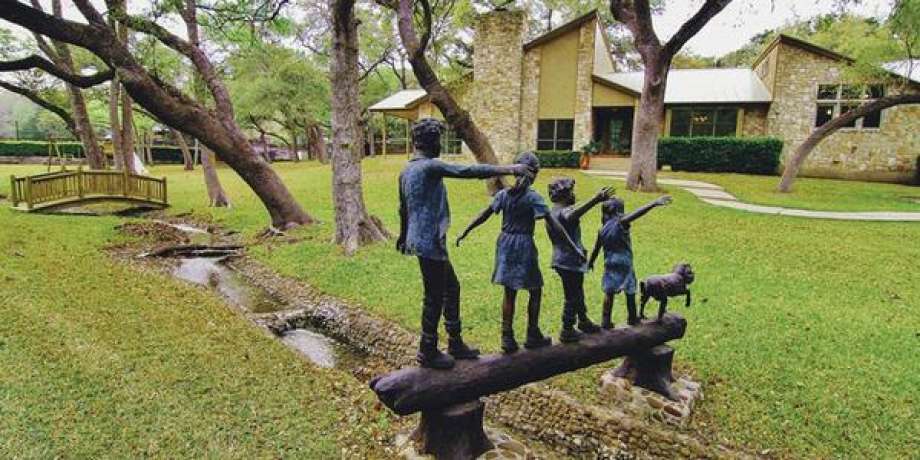 However, we’re well aware that the famous stories aren’t the only stories. In fact, for every well-known and familiar Boerne yarn, there are hundreds of unknown tales...rumors of mysteriously haunted buildings and whispered scandals, heartwarming tales, and lost historical lore.

As we pored over old Boerne archives, yellowed newspapers, and historical accounts, we came across a few tales we found particularly interesting. Some of these, you may have heard, while some may surprise you! 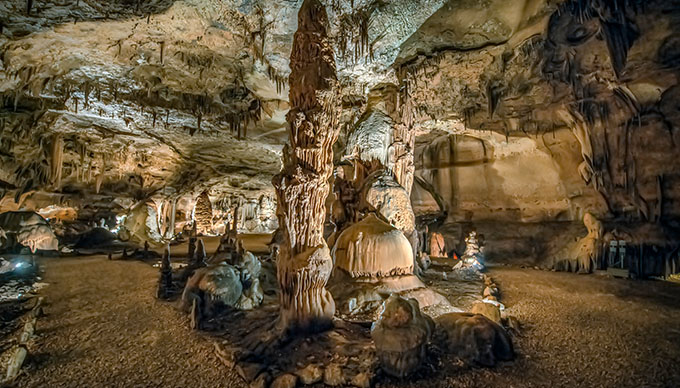 Is there anything more mysterious than an underground cavern? Believed to be one of Texas’ “best-kept secrets” among show caves, Cave Without a Name’s inherent mystery is only deepened by its lack of advertising and location slightly off-the-beaten-path. And, as ancient as it is (Late Pleistocene bones have been found at its base!), the Cave was only discovered by modern residents in the early 1900’s. Even then, it remained un-entered and unexplored until the 1920’s. Rumor has it that a group of mischievous boys dug open a short crawlway at the base of the entrance pit and found the main part of the cave to rescue a goat! In later years, the cave served as a stash for illegal moonshine during prohibition. 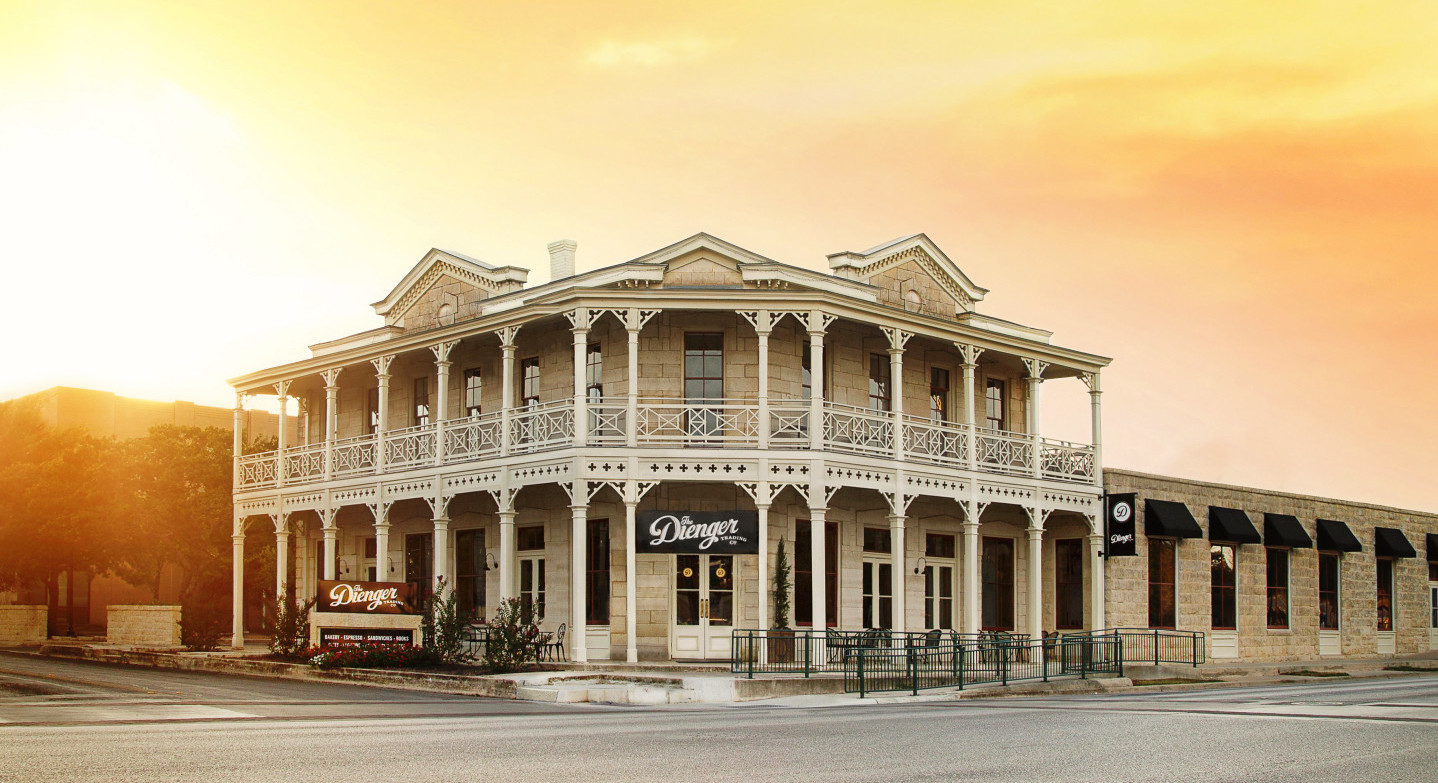 Currently a popular spot for shopping and dining, the historic Dienger Building has worn many hats in its lifetime. The gorgeous building (which features Victorian styling with German influences) was constructed in 1887 by Joseph and Ida Dienger, who operated a dry-goods grocery downstairs and lived upstairs with their seven children. It later served as a supper club called “The Antler's Restaurant”, as well as the Boerne Public Library. Employees reported that, during its stint as a book haven, the Dienger building hosted some interesting ghostly activity. Apparently, it was common to hear books moving and shuffling in older parts of the building. Additionally, flickering lights, unusual voices, and a few frightening figures have kept the Dienger’s haunted spirit alive. 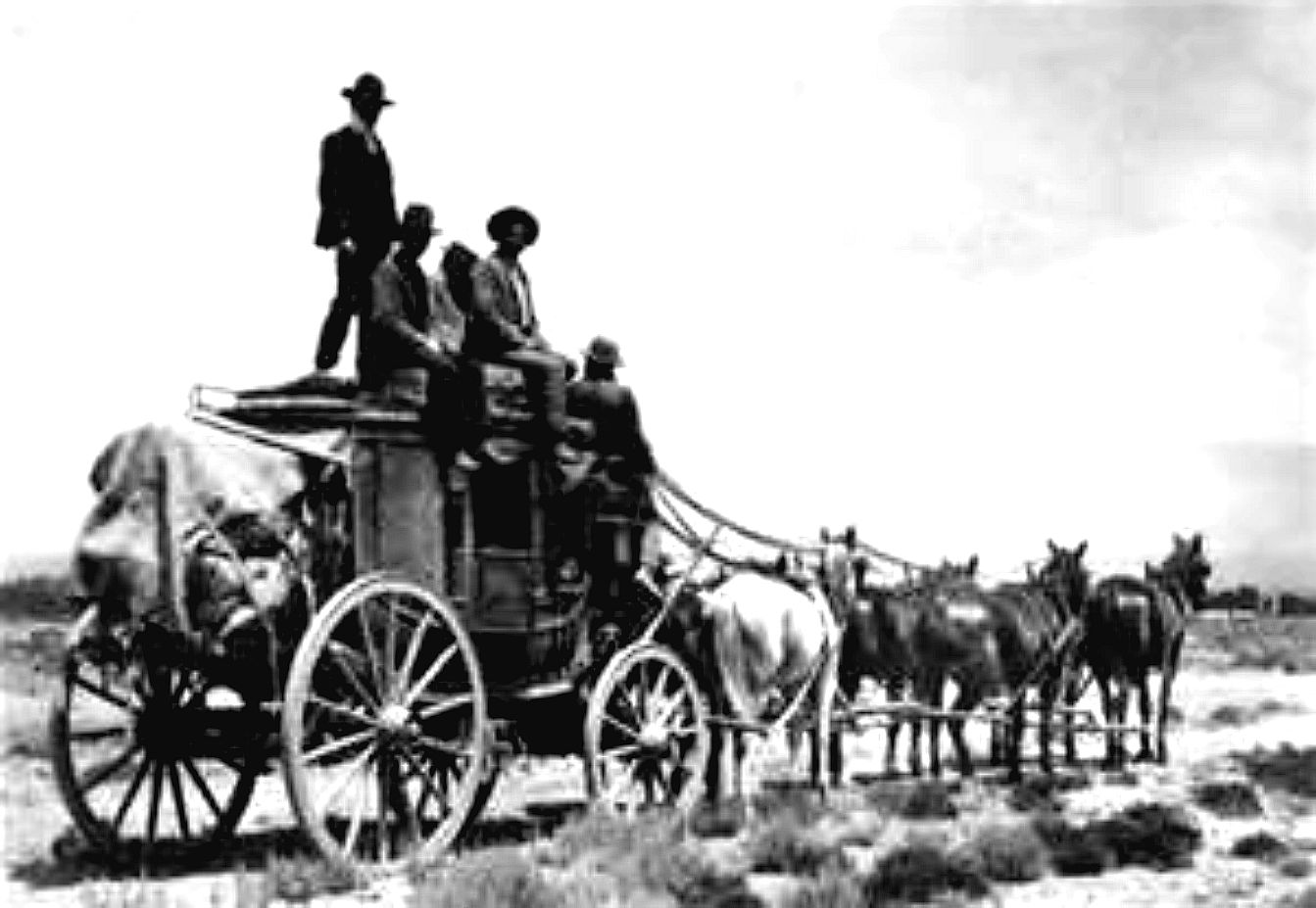 Born in 1830 in the state of Missouri, A.J. Potter’s story begins simply, but evolves into a biography about as cinema-worthy as it gets. What began as an ordinary childhood turned tragic when A.J. was orphaned at the tender age of 10. Grief and hardship drove him to a darker lifestyle, and he earned a reputation as a gambler and a ruffian. As a young man, he became a soldier extraordinaire: he fought in Mexican War, served 4 years in the Confederacy, and later became a Texas Ranger. Amazingly, Potter later experienced an intensely devout religious conversion at a camp meeting, later becoming a Methodist minister in Boerne, TX!

Did you know? Boerne’s wildlife isn’t all bunny rabbits and white-tailed deer. One 1950’s newspaper clipping details this comically exotic hunting tale: “While hunting on the Dienger ranch, Charlie Curington and Roy Liesman came upon a large African hog. Curington took a shot at about 30 ft using a 300 Savage rifle, killing the animal instantly. The hog weighed 168 pounds and should make a fine trophy.” Casual, right? 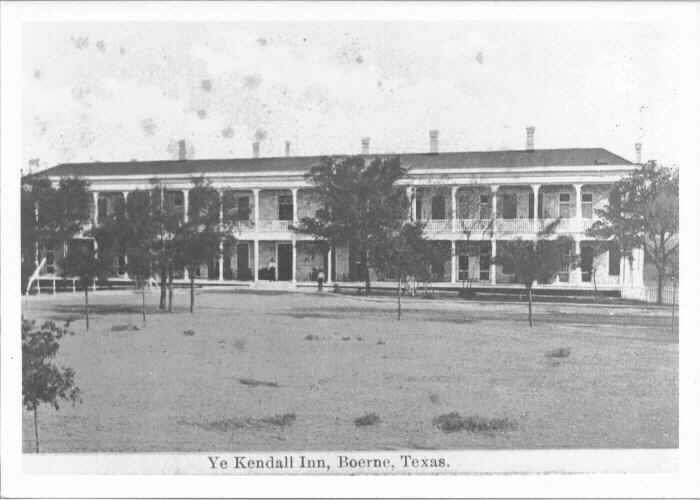 Both a state and national landmark, The Ye Kendall Inn has hosted famous guests like Jefferson Davis, President Dwight D Eisenhower, and Robert E Lee...earning it a reputation as a Texas classic. But while this spot is famous indeed, many are unaware of the darker side of its reputation. Built in the 1860’s by Erastus and Sarah Reed, the early Ye Kendall Inn (a simple stagecoach stop) has since evolved to a lavish operation, complete with beautiful architecture and plenty of luxury features. But, rumor has it that the original owners couldn’t will themselves to leave. Folks have reported flickering lights, body imprints on beds, rattling doorknobs, and a claw-foot tub that fills itself during the night. 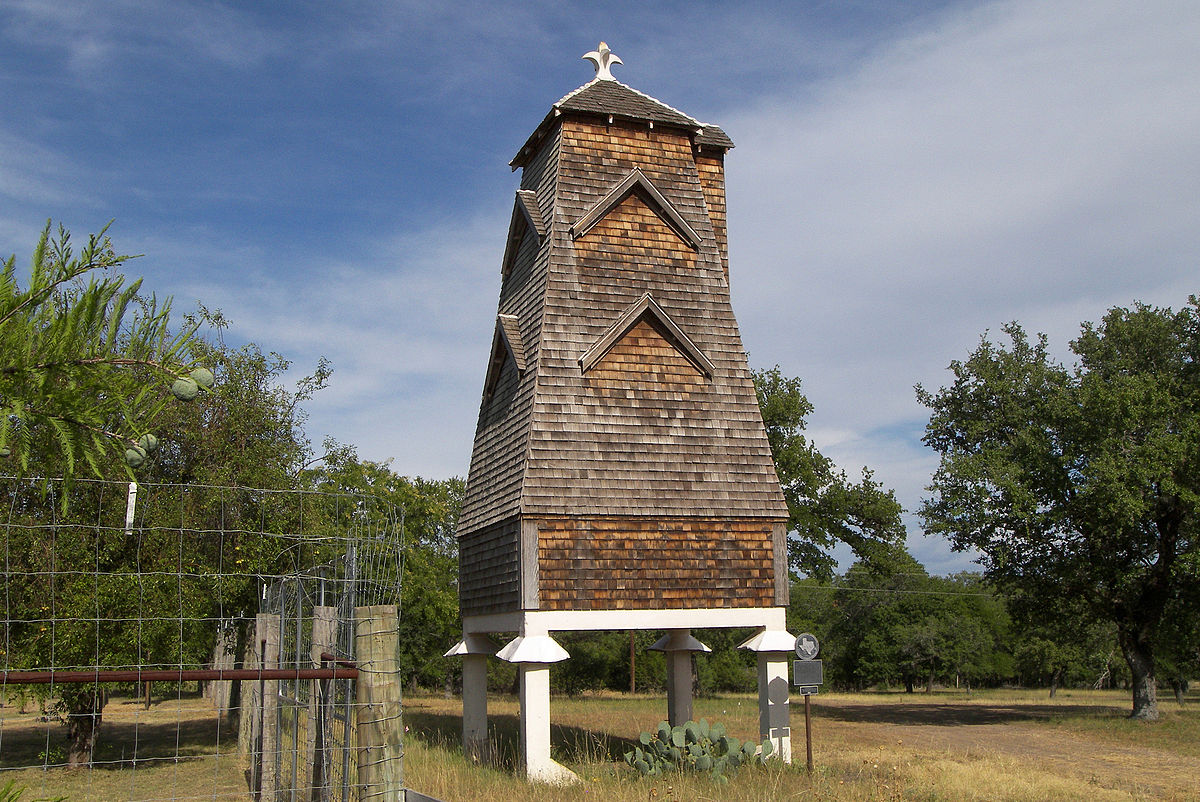 As if the name itself isn’t weird enough, this “Hygieostatic Bat Roost” was built in 1918 to attract bats of all shapes and sizes. And while this may sound like the beginning of a Disney villain’s comically evil plan, its real purpose was a bit simpler. Originally, it was designed for a former mayor of San Antonio to help eradicate mosquitoes and hinder the spread of malaria. Between Comfort and Boerne, this strange structure is one of 16 constructed in the United States and Italy between 1907 and 1929.

Okay, okay okay...Boerne’s famous German namesake is certainly no stranger to Hill Country fame. After all, Karl Ludwig Börne’s legacy is well-known among locals and tourists alike...right? Perhaps not. While Börne’s name is (obviously) quite commonplace in the area, his story seems to have slipped through the cracks at some point, replaced with vague and fossilized biography. (For example: Karl had nothing to do with the actual founding of Boerne). Rather, Börne was a brilliant German-Jewish writer and journalist, a modern-day advocate seeking liberty and democracy. In fact, Börne’s American devotees helped to form the Republican Party!

8. A Tale of Bloody Revenge 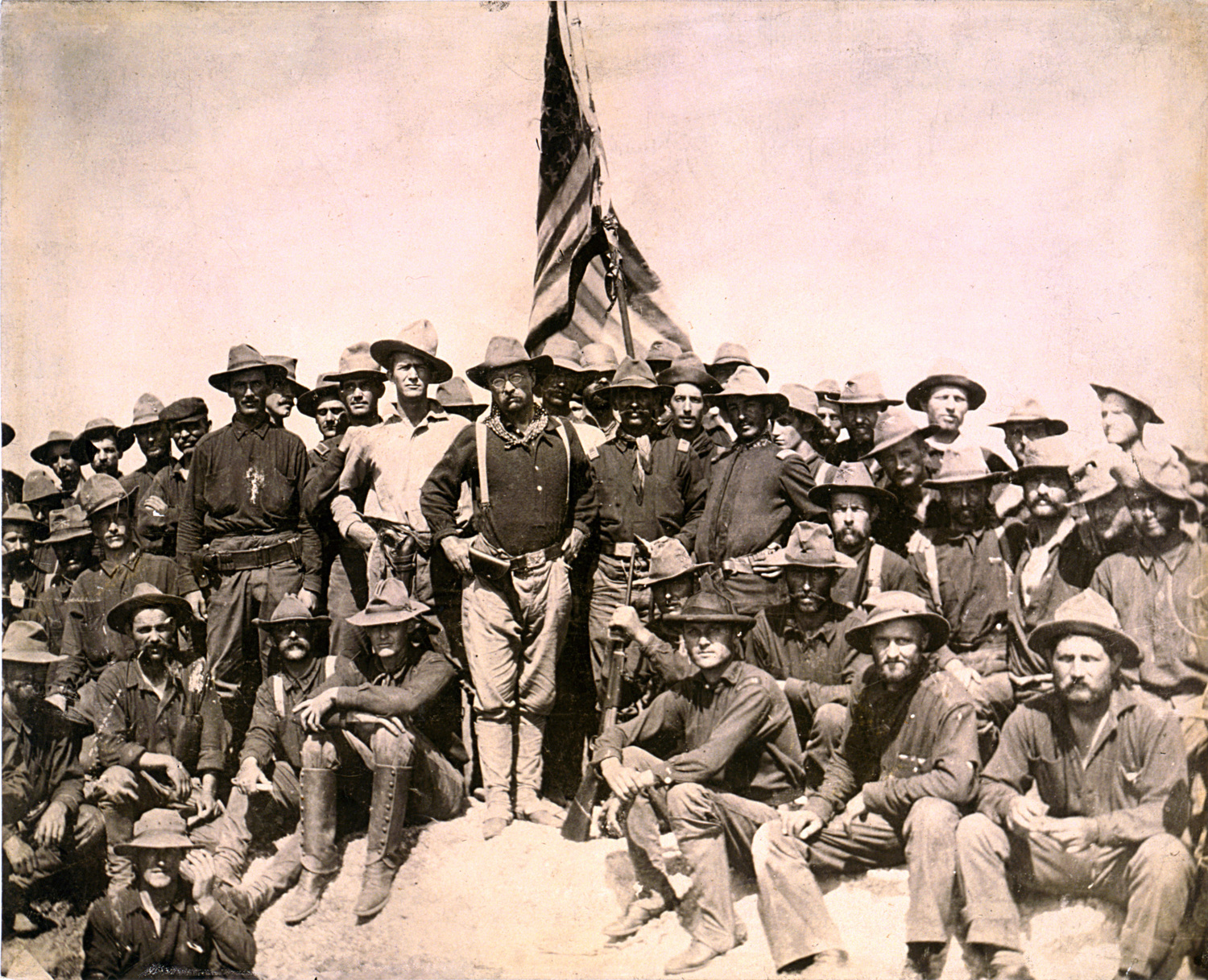 One of the more intriguing Boerne-area tales involves an ordinary-sounding name with a rather extraordinary tale. John "Jack" Howard grew up on the Ten Oaks property, off Old San Antonio Road in the 1880’s. As a member of a family of English immigrants, Jack had a rather royal ancestry: he was related to the Duke of Norfolk and Catherine Howard, Queen of England (one of the unfortunate wives of King Henry the 8th!). In his 27th year, Jack left his rather typical Hill Country lifestyle to enlist in Teddy Roosevelt’s 1st U.S. Volunteer Cavalry, also famously known as “The Rough Riders”. After a rather eventful stint in this career, he was appointed a US Mounted Inspector of Customs, responsible for a recklessly dangerous border area where weapons smuggling was commonplace. One fateful day, Howard and his associates managed to capture a famous criminal known as “Chico Cano”. Despite all the trappings of success, the dubious smuggler managed an escape, leaving Jack Howard with a fatal gun wound! Jack survived just in time to be reunited with his wife.

But this is where the story gets interesting...Jack’s family wanted revenge. They offered a highly prized Colt machine gun as a reward to anyone who could avenge his gruesome and untimely death. Soon after, Mexican Revolutionary Colonel Antonio Reyes delivered the severed head of the murderer (in a cloth sack, no less!). Today, Jack’s grave is still at his beloved family homesite in Boerne.

If you’re interested in finding out more about the quirky life and times of Boerne, let us be your guide! Contact a licensed REALTOR® and download our exclusive Buyer's Guide today. And, if you have a fascinating story about Boerne’s history, let us know! We’d love to feature your unique knowledge about our favorite Hill Country town.