As a town filled with culture, heritage, and history, Boerne’s has its fair share of tall tales and interesting stories for current residents and visitors alike. From name changes to famous court cases, some of our favorites are explained here!

1. Boerne Could Be “Tusculum”

Boerne was originally settled in 1849 when German settlers traveled west from New Braunfels and made their way to the banks of the Cibolo Creek. However, Boerne was not always the name of our favorite Hill Country town. The original settlers were well-read and well-versed in Latin. Once settled, they named their new home "Tusculum," after the hometown of the famous Roman philosopher Cicero. Thankfully, that name only lasted a few years before the town was renamed after German poet Ludwig Börne and officially became known as Boerne in 1852...a name fitting of the community and heritage!

The Old Kendall County Courthouse is an easily recognizable Boerne landmark. An architectural gem built of limestone and located just off Main Street, the old courthouse is a beautiful beacon of the past. What many may be surprised to learn is that, as of 2010, the courthouse was the second oldest in continuous use in Texas. Originally constructed in 1870, the courthouse has been expanded many times and once was host to both the jail and the court. As the county grew, the need to expand eventually became too great, and today a new, larger courthouse sits just across the street.

3. Boerne Won a Case at the Supreme Court

Boerne is generally known for being a peaceful town focused on the local community. That being said, many may not realize is that in 1997 Boerne was at the center of the legal and political world, as City of Boerne v. Flores was argued at the United States Supreme Court. The case involved a dispute between the rights of the city to maintain control over the historic district and the rights of St. Peter’s Catholic Church to expand (despite being a property contributing to the historic district). The crucial argument revolved around the Constitutionality of the Federal Religious Freedom Restoration Act (RFRA). The final decision was one of the most important Supreme Court decisions of the decade: the Court ruleed that Congress had overstepped its Constitutional authority in enacting a Federal RFRA, and that future RFRAs needed to be enacted by the states. By winning the case, The City of Boerne helped protect the sovereignty of each of the 50 states.

One great aspect of Boerne is the convenience of being a short drive away from a major metropolitan area. However, at one time, a trip to San Antonio took nearly a full day. Then, in the 1880’s, the railroad came to Boerne and shortened the trip to around 3 hours. Boerne saw a quick spike in tourism and traffic as many hotels popped up around town and the area became more accessible. As with many Texas towns, the introduction of the railroad increased Boerne’s viability throughout the state and helped set the building blocks for the town that exists today.

5. The Boerne Village Band is Older Than You

Most know that Boerne has German Roots...but did you know the Boerne Village Band is the oldest continuously operating band outside of Germany? The Boerne Village Band was founded in 1860 and has won numerous awards and accolades over the years, including being honored by the Texas Legislature and the Federal Republic of Germany. Today, you can find the band performing on Main Plaza at various times during the summer months. The patriotic concert in July is a local favorite! 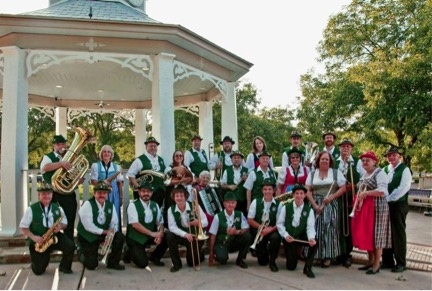 6. Parks are Both Priority and Tradition

Blessed with beautiful Texas Hill Country surroundings, Boerne is home to fabulous views and natural landmarks alike. As such, the town is home to variety of parks and bodies of water. The first community park in town was opened in 1852 as a commons area surrounding what is now Main Plaza. Throughout the years, Boerne continued a strong tradition of community park space by expanding and allocating resources toward city parks. Whether feeding the ducks at River Road Park, navigating one of many running trails, kayaking at City Lake, or trying out a new trick at the Boerne skate park, today’s residents have their choice of outdoor activities.

It’s no secret that Boerne is home to a fantastic natural environment and beautiful surroundings. What may be surprising is that at one point, Boerne was a major health destination. Beginning in the late 1800’s, tourists flocked to Boerne as a health and wellness center, with the hopes of increasing their chances of good health and healing respiratory ailments. After the railroad was introduced, the town became home to quite a few hotels and sanitariums. In fact, Boerne was so well known for health-related tourism that the VA hospital for the area that resides in Kerrville was originally meant for Boerne!

Boerne has always been a quaint community...but between 1990 and 2010, the town itself and surrounding area became particularly popular. Due in large part to beautiful land, a close-knit community, and fantastic schools, Boerne experienced an influx of interest and growth. True to form, the town managed to capitalize on the positive aspects of growth while still maintaining the feel and culture that have made it a great place to live for over 100 years.

Boerne is home to a number of impressive local festivals, but one of the oldest and most original is Berges Fest. Each year during Father’s Day Weekend, citizens gather on Main Street in downtown Boerne to celebrate. An event that originally began in 1967 as an ice cream social and music festival, Berges Fest now plays host to thousands each year, and includes a parade, carnival, food and more!

10. Boerne’s Library is a Product of Community Action 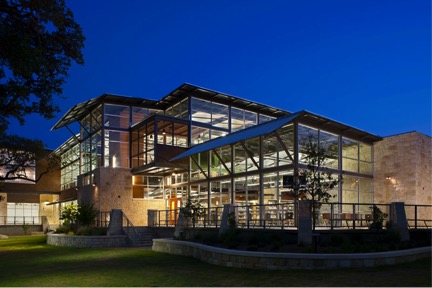 Opened in 1952 after a group of residents decided the community needed open access to information, today the Boerne library serves as a focal point in the civic community. When first opened, the library housed around 100 books free to public, and a half-century later, the library boasts a collection of more than 48,000 items. In fact, Boerne celebrated the opening of a brand new library building in 2011. A state-of-the-art learning center, the library also features a Heritage Plaza to help teach residents young an old about Boerne’s heritage.

Intrigued by what you’ve learned? Don’t hesitate to call an agent today and learn more about all Boerne has to offer!

8 Hill Country Day Trips You Can Take From Boerne

21 Instagrams That Prove How Wonderful #Boerne Is